As with any breast cancer diagnosis, it can seem like drinking water from a firehose as doctors, nurses, care coordinators, and sometimes the internet pour forth a tremendous amount of information, often containing large words, and treatment options with, at time, barely pronounceable names. This was true for Ginnie* after being diagnosed with lobular breast cancer in 2018.

What Ginnie didn’t expect was that she would go from “learner” to “educator” very quickly, as friends, family, and colleagues voiced their thoughts, opinions, and suggestions about her breast cancer and treatments. In doing so, they made many assumptions (and you’ve heard the old adage about assumptions . . . )

Assumption #1: All breast cancer is the same.

“I had to really fall back on saying to people, ‘Not all breast cancer is the same.’ I had that on standby, so that at least they would walk away thinking every situation is different. That it’s not the same cancer necessarily. It’s not the same treatment necessarily. They are not going to remember all of the details as to what and why, but I wanted them to walk away thinking, ‘Oh, it’s more complicated than I thought.’.”

Assumption #2: All breast cancer treatment is the same

As Ginnie tried to explain her treatment to others – she went through 12 rounds of chemotherapy and is currently taking an aromatase inhibitor – she has found that people made assumptions about her treatment plan, often because of an experience that the friend/relative has heard from someone else. 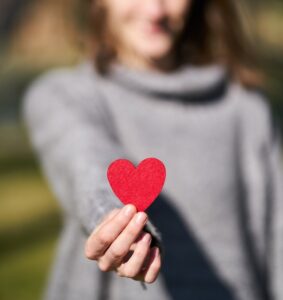 “I had 7 tumors, pretty much directly over my heart, and my family has a long history of heart issues, so my doctors and I decided to do chemotherapy and skip radiation.” Ginnie is amazed when she recalls a friend asking if the doctors knew what they were doing because she didn’t go through radiation, a treatment that her friend assumed everyone gets for breast cancer.

Ginnie shared with a friend that she was starting an aromatase inhibitor instead of Tamoxifen. In amazement, Ginnie recounts how this friend – who had 2 other friends go through breast cancer and were taking Taomxifen – “She said, ‘Well, why would you do that (take an aromatase inhibitor)? Nobody does that!’.”

In addition, “When I tell people that I chose a double mastectomy, I get ‘Oh, you chose that because you want both breasts to be symmetrical.’ And I’m like, ‘Well, there is another reason.’ It is a chance to explain that my type of cancer is bilateral – I had ILC in one breast and LCIS in the other – and I wasn’t going to go through this surgery twice!”

Friendships have been lost and new ones formed because of assumptions like these.  “I kept thinking, why am I having to explain this instead of somebody just asking the questions or listening to what I have to say? They were more about, ‘Let me tell you why you are wrong.’ I don’t know if they think that is how they are going to help you, but hey, they are probably struggling on their end.”

Assumption #3: A breast cancer diagnosis leaves you unable to perform your job.

Ginnie was open and honest about her diagnosis with friends, family, and work colleagues. “I didn’t think of it as a big deal, but now that I am looking for a job, I have been talking to a lot of contacts – networking – and inevitably, I get the really sad voice (that I hate) and, ‘Are you sure you’re OK? Are you sure you’re well enough? Maybe you should be taking some time off.’ I’m 2 years out!” Ginnie exclaims in exasperation, then laughs ruefully. 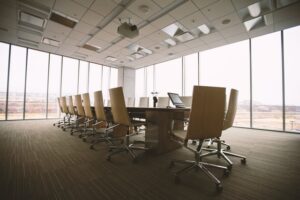 “People assume you won’t be able to do your job or you’re outlook is murky. Yes, it was a tough thing to go through, but I’m perfectly fine to move into a new job. I’ve had my treatment and I am back up and running.”

Unfortunately, this assumption isn’t an easy fix by educating those around her. “This feels so much more personal. They feel I can’t do the job. So I feel like I need to go out of my way to make sure they know I can do the job.”

A huge thank you to Ginnie for sharing the frustrations that have cropped up just because the people in her life make assumptions.

Written by Amy Tix, Firefly Staffer and breast cancer survivor, who learned a lot from Ginnie’s story and how making assumptions can, as the old adage states, “makes an ass out of u and me.”

4 thoughts on “Assumptions Others Make: All Breast Cancer is the Same”

Leave a Reply to Winna