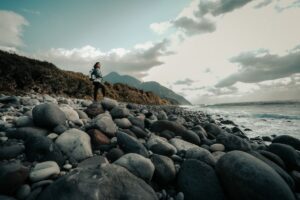 “That’s the way your journey is in life . . . stumbling over boulders. On this journey through breast cancer, there are lots of boulders. Some big, some small, and I need to stumble over some and get through some stuff to get to the end.”

As if her breast cancer diagnosis wasn’t a big enough boulder, Vivian* was out celebrating her wedding anniversary with her husband when she received a call from her surgeon letting her know that her pathology results were in: her breast cancer was HER2+. This changed her treatment plan from lumpectomy and radiation to lumpectomy, radiation, and chemotherapy.

Because of this new – and very large – boulder in her path, things moved very quickly for Vivian after that phone call. “The next day, I got my port for chemo. Two weeks after my diagnosis, I started in on the 12 weekly infusions of Taxol. My doctor said, ‘This is HER2+, we need you to get started. We’ll treat the tumor to shrink it, then do surgery.’.” Besides weekly Taxol, her doctor’s plan included Perjeta and Herceptin infusions every three weeks. 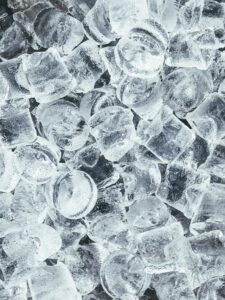 Vivian considers herself incredibly lucky that both her oncologist and nurse navigator shared information with her about “cold capping” before she started treatment. Like the ice packs that were put on Vivian’s hands and feet during Taxol infusions to reduce neuropathy, the cold, helmet-like caps she wore before, during, and after infusions minimized hair loss. (In next week’s blog, we’ll cover cold capping, how it’s done, the research behind it, and more).

“You know when you’re restoring an old house and you fix is so that it looks like it’s always been there and looked like that when it was first built – it looks authentic to the time period? So that’s what I’d say about cold capping and my hair. It makes me feel like you would never know what I’ve been through. It looks original. It just looks like it’s original.”

And while she has lost some of her hair, “I feel like I have 85% of my original hair,” Vivian feels incredibly blessed to be able to use this cold cap treatment. “It is not lost on me as I sit in the waiting room at the oncologist’s office that I am the one sitting there with hair. I do not take that for granted.”

Because she has her hair, Vivian feels that most people she comes in contact with – and that is very few during a pandemic in which she has been immunocompromised – probably don’t notice that she is a cancer patient. “I really have to say, it’s good not to be noticed like that,” she says with relief in her voice.

On the other hand, the fact that Vivian has kept her hair has meant that for the people who do know her well, the visual reminder of hair loss means that they may not think to ask how she is feeling or how things are going for her. “A lot of my friends and family don’t even talk about it because it really doesn’t dawn on them – they don’t even remember, ‘She’s had chemo, she shouldn’t have hair.’ Some people, it doesn’t even hit their radar.” 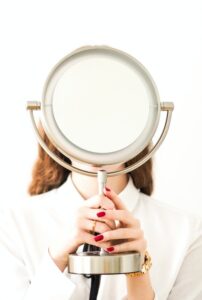 This is true for her family. For her husband. For anybody. And surprisingly, Vivian includes herself in this category. “When I look in the mirror, I look like I normally look – well, I’m a little pale and I don’t have eyelashes – but I am looking pretty good,” Vivian finishes.

Cold capping has changed Vivian’s cancer experience – smoothing out some of the big “boulders” during her breast cancer journey. She is incredibly grateful that it was recommended to her by her oncologist, her nurse navigator, and it was in the packet given to her when she was initially diagnosed. Join us next week for the second part of this blog where we’ll share more of Vivian’s story, discuss what cold capping is, the research that support it, and share local resources for those interested in this treatment.

Thank you Vivian for sharing your story! Join us for follow-up blogs about Vivian’s experience with Cold Capping and how it works next month.

Written by Amy Tix, Firefly Staffer and breast cancer survivor, who couldn’t even imagine how nice it would have been to not receive the pity glances of strangers.