We’ll be honest. When planning this blog series, we thought we had a brilliant idea: exploring the challenges unique to the Stages of Breast Cancer, from Stage 0 through Stage IV.

And then we started interviewing women in each stage. Turns out, everyone has different fears, experiences, emotions, and challenges based upon their own life situation, their personality, and their doctors. Duh.

In the meantime, however, we collected some incredibly thoughtful, incredibly poignant reflections that may resonate with you, offer you hope, and give you tangible words of wisdom that will help you through your own breast cancer experience or survivorship.

Let’s start with women that happened to have been diagnosed with breast cancer at Stage 0.

“You’re lucky to have found it so early”

Meghan* found it difficult to find a doctor to take her orangish-colored nipple discharge seriously. She was in her twenties and “too young” to have breast cancer. And once she was finally diagnosed with Stage 0 breast cancer, her doctors told her, “It’s not a big deal: its only Stage 0!” 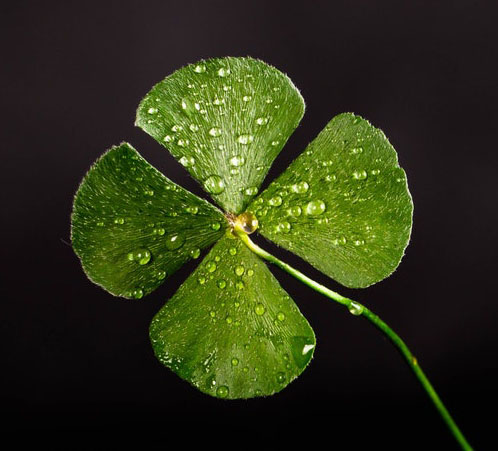 But it was a big deal. She ended up having a bilateral mastectomy because of the seriousness of her breast cancer’s pathology results – her doctors agreed this was the best option. Shortly after surgery, resentment started to surface and grow. “I had a lot of people telling me how ‘lucky’ I was to ‘just’ have Stage 0, but I didn’t feel lucky. I felt scared and traumatized,” Meghan declares emphatically. “I felt I had to put on a happy face more often because I was so ‘lucky’ to have found my breast cancer early.”

After a bilateral mastectomy and several other surgeries, Meghan was left to grapple with what the rest of her life was going to look like post-cancer. “I didn’t need chemo or radiation – I really was lucky – and my husband and I decided to have children,” Meghan shares. “I really felt Survivor Guilt because of that. I was so fortunate when so many other women are not.”

And the pink ribbon and war-like words used to describe breast cancer? Meghan had a lot of trouble with this symbolism. As a self-described feminist, the color pink was “too girly” and the “fighting/warrior” words often used to describe a breast cancer experience felt wrong. “What about women whose breast cancer recurs? Are they poor ‘fighters’? Are they somehow less strong than the rest of us?” Meghan asks incredulously.

In looking back over her experience, Meghan wants other women diagnosed with Stage 0 breast cancer to know that “Your fears and emotions are valid.” She encourages everyone to “be an advocate for yourself. I had several highly skilled surgeons tell me, ‘This is nothing. Let’s wait another year.’ Don’t give up. Keep asking questions until you get the answers you need!”

“I think about breast cancer every day.”

What is it like to be a physician and receive a breast cancer diagnosis? To know and have access to medical information that most of us do not understand or have available? 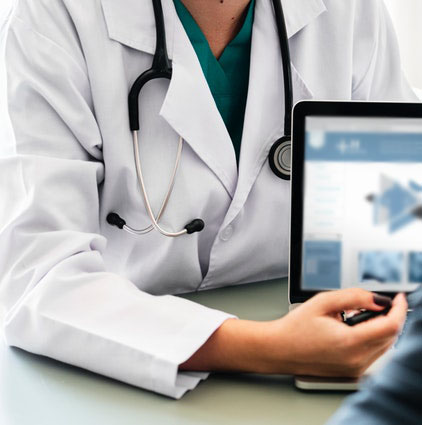 Photo by rawpixel.com from Pexels

For Christine*, “It was shocking.” Despite years of medical school, residency, and working with patients, it was still shocking and scary, not to mention incredibly difficult to wait for test results. “I had to wait an entire weekend to talk to anyone about my biopsy results, and I spent that time looking things up on the internet,” begins Christine. “As a doctor, I knew what was real and what to pay attention to.”

In survival mode following her diagnosis and subsequent mastectomy and reconstruction, Christine found that she experienced a delayed emotional response. “I was so focused on the next thing I needed to accomplish that it took six to nine months to fully process my experience,” divulges Christine. In reflecting on what she’d been through, Christine was overwhelmed with a dizzying sense of “What just happened?” and she experienced “an existential crisis.”

“I think about breast cancer every day,” Christine admits. “I have fears of recurrence and I have fears of being seen as not legitimate by other breast cancer survivors who experienced a later stage diagnosis.” And despite having an incredibly supportive husband, “I am not yet comfortable with my ‘new’ body following surgeries, which affects our physical intimacy.”

Christine found it very helpful to talk to other women who were at a similar phase in life with the same diagnosis and treatment: she was matched with a Firefly Guide and she participates in the local Young Survival Coalition. She also uses the Breast Cancer Healthline app on her smartphone to connect with other women instantly. And she ends our conversation with some great practical advice for anyone going through a mastectomy. “With the drains and limited arm movement, it was helpful to have a handheld shower head and a recliner to sleep in,” Christine advises. “And if you have long hair, make sure that whoever is taking care of you knows how to put in a ponytail!” she adds, with laughter that comes only from experience: she didn’t realize that her husband (her main caregiver) didn’t know how to put hair into a ponytail until after her surgery!

“I have heard these concerns before,” begins Ali Cain, licensed social worker at United Breast Center.  “Being told that you’re lucky and it is just Stage 0 can really dismiss all of the anguish and concern that patients feel.” But the reality is, “For women diagnosed with Stage 0 breast cancer, often times the treatment is the same, regardless of what stage they’re diagnosed at. In some way, then, the designation doesn’t matter.”

Ali also finds that often women who complete treatment and reflect back on what they’ve been through with Stage 0 breast cancer will often tell her, “It was really reassuring to hear that we caught it really early.” Ali continues, “Sometimes, I think women hear messages like, ‘Oh, this is so early and we’re going to take care of it and you’re going to move on with your life, no problem.’ And that is dismissive.” She states emphatically, “The reality is that they still feel that they have been through something super scary and horrific, and it may have been early and it may have been small, but it definitely was a big deal.”

Because Ali meets with women diagnosed at all stages of breast cancer, she finds, “It is so easy to compare your treatment to others with a similar stage, and that is concerning for people.” In her practice, Ali hears women making comparisons like, “Well, I had the same stage and I only had a lumpectomy and she had a bilateral mastectomy. Why would she have that aggressive surgery when they only recommended that I have a lumpectomy?” The reality is that “You don’t know what the other person’s family history is, whether they have a BRCA mutation, or other circumstances,” Ali remarks with concern. “Cancer treatment isn’t cookie cutter, like, ‘Oh, if you have stage 3 breast cancer, you’re for sure getting X, Y, and Z treatments.’.” She cautions, “So while stage definitely helps direct your care, not every person is going to get the same treatment because of their stage.”

A tremendous thank you to Meghan and Christine for sharing their Stage 0 breast cancer experience, challenges, fears, and emotions with our Firefly community. Their thoughts and feelings are not unlike those who experience a diagnosis in the later stages of breast cancer. And a huge shout out to Ali Cain, LICSW, who shared their professional experience as well.