Our Firefly Sisterhood “matchmakers” take a great deal into consideration when bringing together a Guide and a woman recently diagnosed with breast cancer. They consider diagnosis, treatment, age, and a wide variety of life circumstances. Sometimes, the similarities we find between women in a match are astounding. 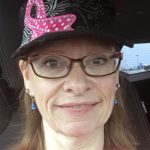 Leanna learned about Firefly Sisterhood from both her care coordinator and her breast surgeon. She was hoping for a fairly specific match when she contacted Firefly. As a critical care nurse, Leanna is immersed in the medical field and speaks the “language” of nursing. During her initial interview with Firefly Program Manager, Jenny Cook, Leanna mentioned her hope to be matched with a Guide who also is a nurse. She says, “I asked for a nurse because I was looking for someone who has ‘been there, done that,’ and I knew how a nurse might respond to [breast cancer].” A member of one of Firefly’s initial training sessions in 2014, Jeanne was just that person. 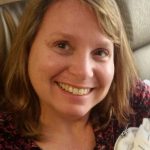 When Jeanne spoke with Jenny about the potential match with Leanna, she immediately thought, “She’s my twin!” As an emergency room nurse, Jeanne is well versed in medical terminology and the often-unique jargon of nursing. Early into their first conversation, it became clear that these two women had far more in common than merely their career choice.

In addition to being diagnosed at almost exactly the same age with cancer found in the same breast, Leanna and Jeanne (their names even look similar!) are connected in profound ways. As night shift nurses, their schedules allow them to be in touch with each other when others may not be available. Both have a son and daughter of similar ages, with Jeanne being a grandmother of a 4-month old and Leanna expecting her first grandchild next spring. Spirituality is an essential component of both women’s survivorship, as is the powerfully positive attitude with which they conduct their lives. Oh, and the humor…listening to these two engage in conversation is a testament to the healing and contagious influence of laughter! The two met in person for the first time at Firefly’s 2017 Summer Social, and their connection was palpable.

Leanna and Jeanne happen to share a number of parallels in their lives which have helped them to foster a strong bond. While some Firefly matches are deep and long lasting, like that between Leanna & Jeanne, some are brief but meaningful; each match is unique. It is always our hope that no matter how often women connect or how long a match lasts, all women find support and never have to face breast cancer alone.