When Doreen* was diagnosed with breast cancer earlier this year, she was really afraid and wanted to postpone surgery as long as possible. “As part of my spirituality, we don’t cut our bodies because it can short-circuit things,” explains Doreen, who is Native American; her mom’s family was Cherokee and her dad’s family was part Ojibwe and Austrian.

“I learned that when you have cancer, you aren’t the only one that has it. Because everybody’s involved.” Doreen says wisely. This meant that Doreen’s children and grandchildren were all affected by her diagnosis as well. “My son told me, ‘Mom, why don’t you go have the surgery so you know what you’re dealing with instead of guessing . . . so you know the facts and can make a decision.’.” 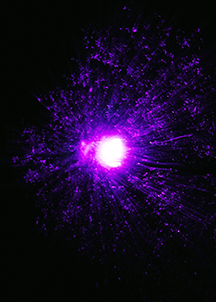 Agreeing with her son, she scheduled her surgery, then used the time waiting for surgery to engage in Native American spiritual practices. “Last time I had a cancer scare, I attended ceremony and was doctored. This time, I didn’t rush to somebody. I knew that my own prayers were strong enough,” Doreen begins. “At night, when I was laying in my bed, I would put my hand on my breast and I would visualize wrapping that cancer in purple light. I would visualize that light, then taking it and dissolving it.”

In her spiritual tradition, “We believe that water is medicine, so when I drank my first glass of water for the day, I asked it to heal my body. When I took a shower, I asked the water to heal my body and cleanse my body of the cancer,” Doreen says reverently. She also started talking to the cancer, asking it, “What am I supposed to learn from this? What is it that I missed the last time I had this scare? What is it I need to understand?”

In practicing her spirituality, Doreen realized two things: she was holding on to anger that had festered into resentment and that her life had gotten out of balance. As an executive-level professional, Doreeen was working long hours. “I would get one thing done and 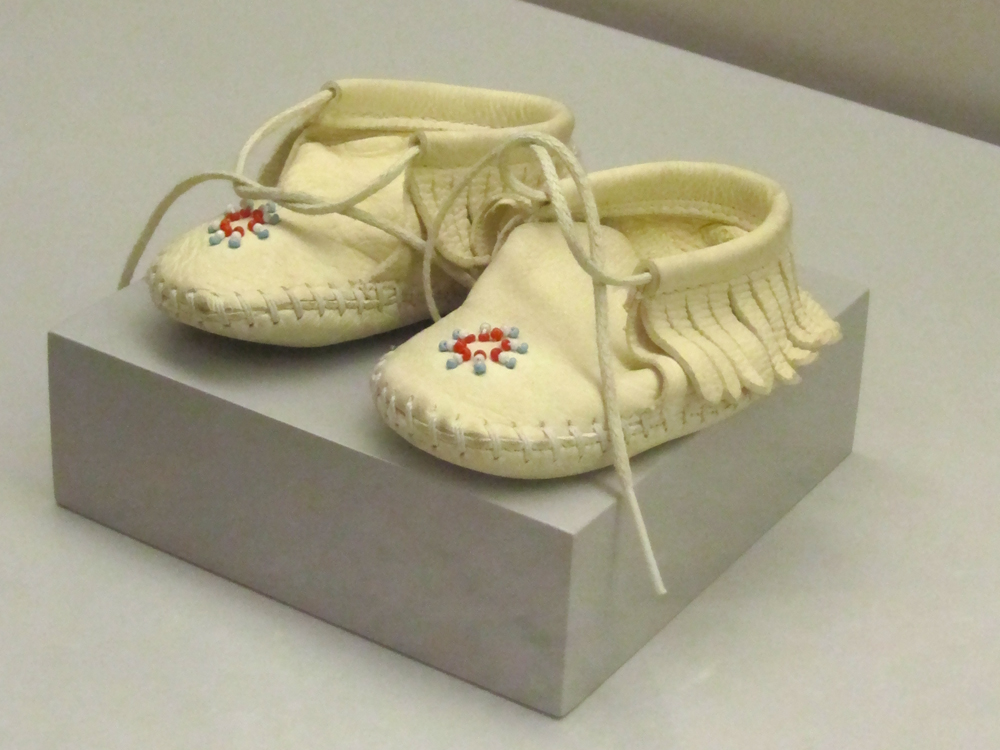 think I would have a break, but I never did. I felt like a hamster on a wheel.” Wanting to have more time for herself and to do the things that bring her good mental health, such as the beadwork she loves, Doreen told her Board of Directors she was leaving. “I am beading a set of baby moccasins for a colleague’s first baby while recovering from surgery. You put your love and prayers into that. You lost track of time. You’re in flow,” Doreen expresses.

As for the first of Doreen’s realizations, upon reflecting on her life, she figured out that there were 3 people in her life that she needed to forgive. “I know intellectually that when you hang on to these things, it doesn’t hurt them, it hurts you.” In her spiritual practice, Doreen believes that when anger turns inward, it can turn into disease. “As human beings, we have the ability to make ourselves sick and the ability to heal ourselves,” she explains. “That’s a core part of my spiritual beliefs. Sometimes, we have ‘stinking thinking’ or we don’t have anything good to say, or we’re gossiping, or we’re not grateful for what we have. That starts to make us sick,” Doreen says emphatically.

Doreen puts this into practice by being thankful and grateful each and every day. Her elders taught her “to be thankful every time I am given the gift of life again. Each day we wake up, we’ve been blessed with that gift of life. And we’re supposed to make the most of that day with that gift.” 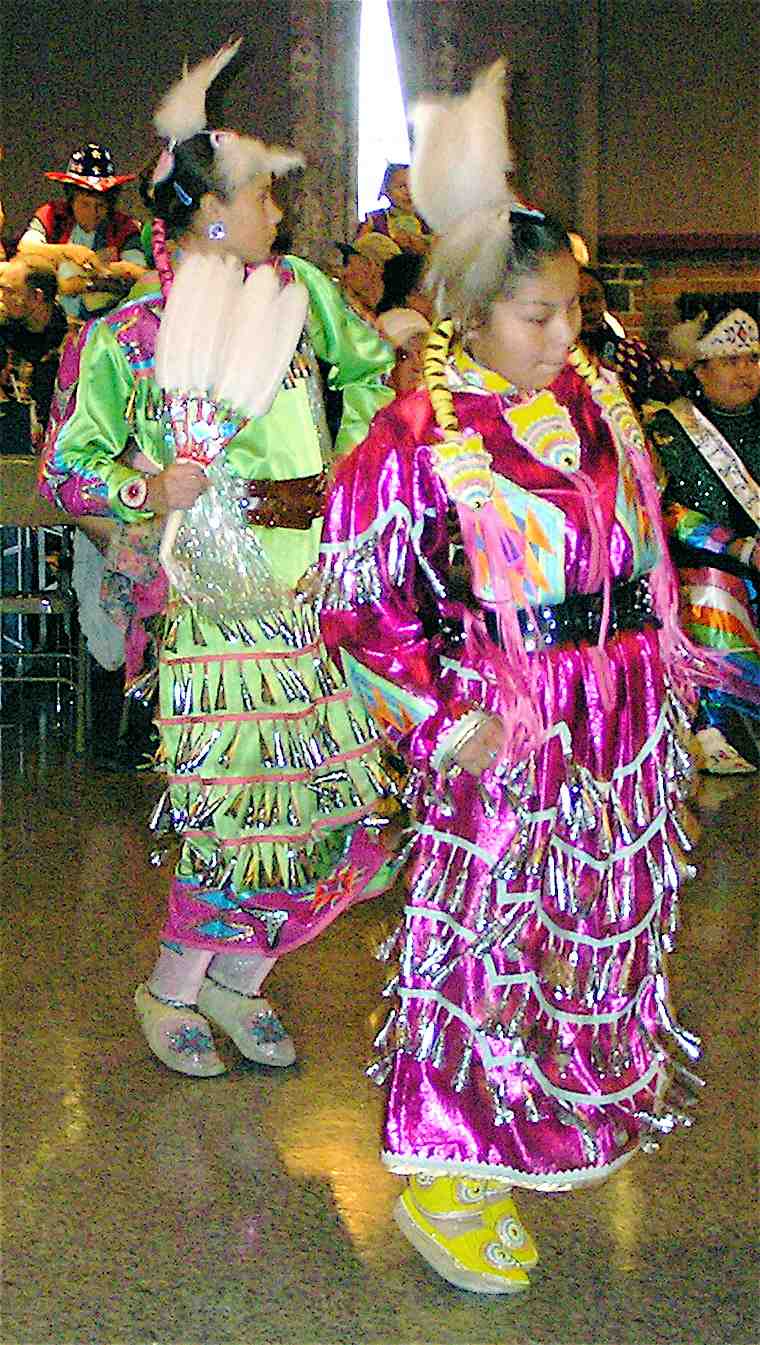 In addition to what Doreen is currently doing to heal through her breast cancer experience, there is also a Native tradition that involves gathering together when someone is sick and to have jingle dancers perform a ceremonial jingle dance. “We really believe that the vibration of the dance – the sound that’s made – heals. It alters the energy around a person,” Doreen describes. “You can feel it come into your heart – that vibration – if you allow it. During a jingle dance, I like to unfold my hands and allow myself to just receive that vibration and that healing,” she says calmly, as though imagining this traditional jingle dance and the healing vibrations it creates as she is speaking.

Looking to the future, Doreen has already started planning for the Native tradition: a give-away. “A give-away happens when our prayers have been answered,” she begins. “I believe mine have, as the cancer didn’t spread to my lymph nodes.” A give-away typically occurs about a year from when one’s prayers have been answered and “is a way to give thanks and redistribute wealth in our communities,” Doreen explains. During the year-long preparations, “I make a lot of things, bead a lot of things, can jams and jellies, and buy toys  and other necessities.” When the group gathers for the give-away, “Someone helps you take the items and give them to the people in the room until everything has been given away. You share your good fortune with others. It keeps you in the frame of gratitude,” Doreen finishes.

As a reminder to us all, Doreen shares that “Some days when I am not feeling strong – you know how you can let the negative stuff in and then it takes over – somebody I know would send me something, like a quote or a message. It helps me remember to be grateful, that I am not alone, and that I am loved,” she reveals softly.

Let this be a reminder to each of us: reach out to someone you know who is going through difficulty and let them know they are not alone, they are loved, and they are thought about. It may change them in profound ways!

We are incredibly grateful to Doreen for sharing her traditions and spiritual practices with us, and we hope that her calming and mindful practices are in inspiration for your own healing or your own spiritual awakening.