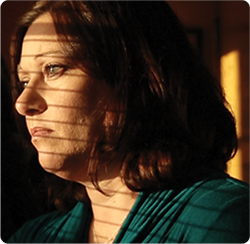 Last month, we reposted an article from the Dana-Farber Cancer Institute about the language of cancer, and it garnered many responses from our Facebook friends. Their comments demonstrate that the issue of how we talk about cancer is a deeply challenging one: metaphors that may be empowering or therapeutic for one person may be distressing or destructive for others.

But according to researchers, the way we use language to conceptualize cancer has implications that go beyond individual preference. Several recent studies have explored the impact of battlefield metaphors for cancer on public health. These studies find that the language we use has a significant impact on how we understand and respond to the disease.

Military metaphors for disease have a long history—think of the early 20th century “crusades” against diseases such as polio and tuberculosis, for example. But no disease has been more closely associated with the battlefield mentality than cancer. As early as 1946 (notably soon after the end of World War II), Time magazine published an article titled “Medicine: War on Cancer”; and Richard Nixon popularized this usage in his speech after signing the National Cancer Act of 1971. Today, the association of cancer treatment with battle has become culturally pervasive, if not universally appreciated, as recent research demonstrates.

One series of studies published in the Personality and Social Psychology Bulletin examined the effect of fighting and war metaphors on the public response to cancer, and found that such metaphors may significantly lessen the extent to which people are willing to engage in preventative behaviors. Because these metaphors emphasize power and aggression toward an enemy, they are at odds with effective prevention measures that emphasize restraint and limitation (such as curbing alcohol and sodium intake). The studies also found that people exposed to the common military metaphors may be less likely to stay on top of monitoring and treatment.

In another study by researchers at the University of Lancaster, results showed that the language of battle can lead to feelings of guilt or failure among terminally ill patients. Researchers said that this may be increasingly true given that more people are living long-term with cancer, making the idea of “defeating” the disease inappropriate. According to the study, people tended to respond more positively to conceptualizing their experience of cancer as a journey, rather than a war.

Nonetheless, the researchers concluded that for some (especially young people), war metaphors gave them a sense of meaning, purpose, and identity, even as they had harmful consequences for others. The upshot? When it comes to cancer, the power of language should not be underestimated. These studies are a good reminder that individuals diagnosed with cancer should set their own terms for the disease—literally—and medical professionals and supporters should follow their lead.