Confident that she was negative.

Seriously, how could she carry the genetics for breast cancer? It wasn’t even in her family – her mom, aunts, cousins, and grandmothers had not had breast cancer.

In addition, Rayna also knew that 2 of her aunts and one of her cousins, who had gone through genetic testing at the same time as she had, had received negative test results the week before.

Why would her results be any different?

What you don’t know about Rayna is that prior to this genetic counseling appointment, Rayna’s sister, who Rayna swears “did everything perfect”, was diagnosed with breast cancer. Because she was only 32 years old at the time of diagnosis, the oncologist recommended genetic testing for a mutation in the breast cancer genes (BRCA). Unbeknownst to her, Rayna’s sister carried a BRCA2 genetic mutation (BRCA2+). 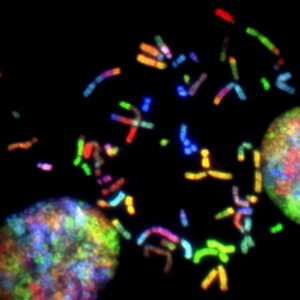 “After my sister got her genetic test results back, she gave the information to the whole family, and a large group of us met with a genetic counselor to determine if genetic testing was appropriate for each of us. My parents didn’t want to do genetic testing to determine whose ‘fault’ the mutation was (which side of the family it was passed down from). Four of us decided to do so. We all wanted to know if we were at increased risk for cancer.”

So she walked into the genetic counselor’s office with the false confidence that can only come from one’s inner voice of reason. 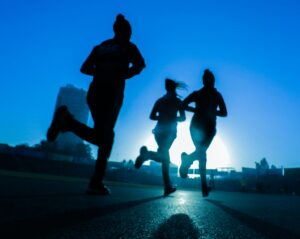 “Unlike my sister, I’ve always done everything not perfect. My sister ate well and exercised. I ate crappy, I drank, I didn’t exercise.” Rayna believed, “I ‘m obviously negative, right? It was like, for sure I was going to be the one to get breast cancer if I was BRCA2+. I didn’t have breast cancer–my sister did—so I must not carry the mutation.”

“I arrived at the appointment and my genetic counselor told me I was positive for the same BRCA2 mutation my sister had. I was almost 31 years old. I was a single parent with a small child. I didn’t know what it meant or what to do with this information. I didn’t even know there was a genetic predisposition to breast cancer in our family until a few months ago! It was shocking and I was so sad and filled with grief.”

Rayna spent the next hour with the genetic counselor and the oncology psychotherapist processing her emotions and going over best practices for cancer screenings for those with BRCA2+. ‘I left not remembering a thing.” 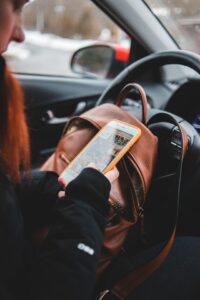 “In my car, I called my sister, who pretty much said, ‘Oh, S***!!!’ and then drove to her house, picked her up, and went to my parent’s house to tell them. I remember my Dad, whom the genetic mutation was most likely passed down from, saying, ‘If we would have known this, we wouldn’t have had kids.’ That was the whole guilt thing again—and the reason neither of them have been tested—which was really hard to hear.”

Feeling that “knowledge is power,’ Rayna immediately started researching BRCA2+. She found online resources, joined a local hereditary cancer support group—led by her genetic counselor—and found out that a BRCA2+ mutation increases her risk for breast and ovarian cancer.

Rayna started preventative care immediately. And she knew she had some difficult decisions to make.

“Guidelines for ovarian cancer screening at that time meant that I started annual ovarian ultrasounds and a blood test. I did that for a few years until this recommendation changed. The new guideline was that at the age of 40, those with BRCA2+ have their ovaries and fallopian tubes removed to prevent ovarian cancer. So I went in and actually had a radical hysterectomy—they took out everything. I didn’t want them to ever have to go back in again. Your one time shot—take it all!”

As for reducing her risk of breast cancer, Rayna began with screening guidelines. “I immediately went to my doctor (Primacy Care Provider – PCP) and had a clinical breast exam, which I did every year. I started rotating annual mammograms and a breast MRI right away so that I was being monitored for breast cancer every six months—and I was only 30 when I found this out! The (radiology) techs were always like, ‘So do you have a lump? Why are you here?’ and I would have to explain, ‘I have the genetics for breast cancer.’.”

Rayna has continued this regimen to this day—fifteen years later. “I do the 3D mammogram now and the breast MRI. To me, because there are good screenings for breast cancer, I guess I don’t worry about that as much. If I did get breast cancer, I feel like it would be found at an early stage, so I have chosen not to have a bilateral mastectomy. That is not something I am interested in at this time. I didn’t want to be like Angelina Jolie,” Rayna says laughing.

As a pre-vivor (someone who carried the genetic predisposition to cancer but has not had a cancer diagnosis), Rayna understands the complexities, the tough decisions, and the emotional rollercoaster of finding out one carries a genetic mutation. “I think I still wouldn’t know what to if I didn’t have a genetic counselor! She has the latest and greatest information on guidelines and screenings.”

For Rayna, the most difficult part of being BRCA2+ is having to make difficult healthcare decisions about what to do proactively. “That’s obviously something I still think about with the breast cancer, but it’s not quite as serious now that I have had the hysterectomy.” (Removing the ovaries reduces the risk of breast cancer for those BRCA2+. Read more HERE)

As a young woman, Rayna found it difficult to have her screenings covered by health insurance. “I always had issues with my insurance. I was always going back with the latest screening guidelines and saying, ‘Yes, this is something that is necessary based on BRCA2+. It was always nice to have my genetic counselor’s most current recommendations.” 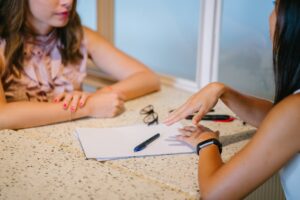 Because of this and because guidelines and research are always changing, “My advice would be to find a genetic counselor who actually knows this and works with this all the time. I don’t expect any PCP would be up to date on what’s current and what the best options are. Also, my genetic counselor was able to help find ways to pay for the genetic testing, which isn’t always covered by everyone’s health insurance.”

Reflecting on her experience and thinking about her future as a BRCA2+ pre-vivor, Rayna finishes with, “I just keep doing my best and I go on with my life.”

A huge thank you to Rayna for sharing her story. As a group, Firefly Sisterhood is primarily devoted to women with breast cancer, yet so many pre-vivors have to make the same incredibly difficult decisions as someone with breast cancer. We see you and hear you, pre-vivors!

Written by Amy Tix, Firefly Staffer and breast cancer survivor who feels that the most difficult part of carrying a genetic mutation is knowing that her own children may one day have to make these same difficult decisions as Rayna. Godspeed research!