Over several blog posts, we’ll be exploring the assumptions other make about breast cancer, the effects these assumptions have, and how Firefly Participants have responded to such assumptions.

For the first blog in our Assumptions Others Make series, we welcome Guest Blogger Tasha Carlson.

One of the first things that became apparent to me once I was diagnosed with Stage 0 DCIS breast cancer was that there is not universal agreement that DCIS is cancer. Various authorities and cancer organizations have differing opinions on whether it should be defined as “cancer” or as “precancer”. This was quite a shock to me, since the recommendation by my breast surgeon was unequivocal – I needed a mastectomy. How could I not have cancer yet have treatment that is designed to remove cancer? Sure, DCIS is by definition not invasive, which is absolutely the best of all worlds when it comes to cancer.

But it “isn’t cancer”? Really? If you look up the definition of cancer, you will find that cancer “is a disease caused by uncontrolled division of abnormal cells in a part of the body”. My pathology report refers to something called “comedo necrosis” which occurs when cancer cells grow so quickly that the center of the tumor doesn’t get enough nourishment and the cells pile up on each other, causing some to outgrow their own blood supply. Without nutrients, they starve and necrose. It certainly seems like that this rapid cell turnover is “uncontrolled division of abnormal cells”. But it isn’t cancer?

Even the nomenclature that surrounds Stage 0 is referencing cancer. DCIS is, by definition,“carcinoma”. “Recurrence” is one of the biggest fears that anyone who has experienced this has (and which, by the way, can only occur if it has happened at least once before!) My particular tumor subtype has been known to recur years, even decades, later, necessitating careful vigilance for future screenings and close monitoring for any unexplained physical symptoms. But it isn’t cancer?

Women who have had this diagnosis and who take medications related to this have a much more difficult, if not impossible time obtaining life insurance, as the insurance industry views this as high risk because the word “carcinoma” is associated with Stage 0 DCIS. But it isn’t truly cancer? 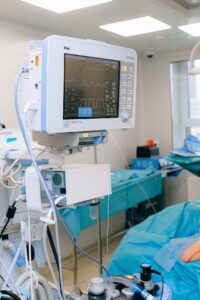 Like so many women, I had an abnormal mammogram which then initiated an entire cascade of events. I had a biopsy which resulted in a DCIS diagnosis, and then a surgery to remove the cancer, and multiple subsequent reconstructive procedures. I see an oncologist on a regular basis. I take tamoxifen, literally one of the oldest and first “chemotherapy” treatments (it is considered endocrine therapy/hormone blockade, but historically, it was one of the very first anti-cancer “chemotherapy” drugs developed. Although it is not IV chemo in the commonly understood sense, it is absolutely drug therapy designed to fight cancer). In fact, tamoxifen has been called “the most important drug in the history of medical oncology”*. I have lymphedema as a result of cancer surgery which will be a lifelong complication for me. But it isn’t cancer? Why? Because I was fortunate enough to have caught it at the earliest stage, before it had spread outside the breast ducts and become invasive Because I didn’t lose my hair?

Don’t get me wrong – I am immensely thankful that I did not need chemo or radiation with all of the challenges that can accompany these treatments. And I have nothing but awe and respect for the women who do go through this as part of their treatment. But I have 26 inches of scars across my chest, constant visual reminders that resulted from a body part literally being amputated from me. Though the pain and discomfort from surgery and recovery are temporary, the scars – both physical and emotional – are permanent. The very real fear of recurrence is permanent. The paralyzing anxiety that comes with each future cancer screening test is permanent. And the distrust that comes with the sense that my body betrayed me is also permanent.

To have anyone tell me that I did this for a process that is “not cancer” is insensitive at best and terribly insulting at worst. It is incredibly dismissive to be told that despite the fact that we went through much of the same treatment regimens as higher stage cancer patients, that ours is not even deserving of being categorized as cancer at all. To perpetuate this incorrect assertion is a slap in the face of all women (and men) who have this diagnosis and make the incredibly difficult choice to allow their bodies to be disfigured (and then slowly reconstruct and/or heal for those who choose to remain flat) in order to do everything they can to rid their bodies of the current and future threat that cancer brings. That there is so much confusion and disagreement about this even among the medical establishment is truly bizarre. Hopefully, by sharing our stories with a wider audience, this can shine a light on our experiences and convince people that Stage 0 is truly cancer and that it should be referred to accordingly.

Tasha Carlson
Tasha was diagnosed with DCIS in 2018 after her very first screening mammogram at age 40. After discovering Firefly Sisterhood and benefiting from the empathetic listening and sage advice of her Guide, she decided to become a Guide herself. She is a physician who lives in the Twin Cities with her husband.

2 thoughts on “Assumptions Others Make: Stage 0 – Not truly cancer??”